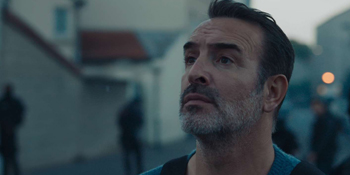 The movie is a fast-paced story inspired by the five-day manhunt that followed the November 15th  terror attacks in Paris of 7 years ago.

Jean Dujardin and Sandrine Kiberlain co-star as police chiefs in charge of the investigation, in a race against time to find the perpetrators before they strike again, with other cast members including Anaïs Demoustier, Jérémie Renier and Lyna Khoudri.