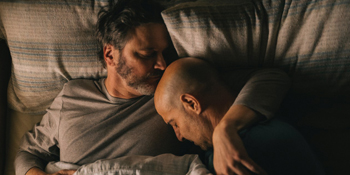 Oscar winner Colin Firth and former nominee Stanley Tucci, a pair familiar to the awards circuit, could make a splash for their work in “Supernova.”

The film made a strong showing at the London Film Festival in October, where it received praise from critics for the stars’ performances. Tucci has been one of Hollywood’s finest actors, winning multiple accolades over his film and television career. His work as Tusker, a man living with dementia in “Supernova,” is tender and profoundly penetrating. As he maneuvers through a competitive race, Tucci could be one of the top candidates in a category that has typically rewarded veteran performers.

Firth has received two Oscar nominations in his career for best actor.

“Supernova,” tells the love story of Sam (Firth) and Tusker (Tucci), who travel across England in their old RV to visit friends, family and places from their past. Following two years since Tusker was diagnosed with dementia, the two grapple with the realization and importance of the remaining time they have together.