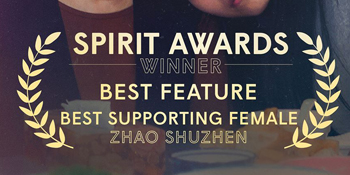 The Film Independent Spirit Awards often position themselves in direct contrast to the Oscars — and this year was no different. The Spirit Awards ceremony, which took place Saturday on the beach in Santa Monica, promoted the diversity that is infamously lacking in the 2020 Academy Awards.