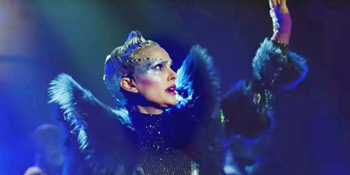 “Vox Lux” is an audacious story about a survivor who becomes a star, and a deeply satisfying, narratively ambitious jolt of a movie. Written and directed by Brady Corbet, it uses Celeste — an ordinary American girl who through a mass murder becomes extraordinary — as a means to explore contemporary spectacle.

Have a look at the video HERE!