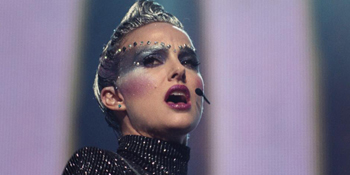 Writer and director Brady Corbet will be on hand to present the drama, which stars Natalie Portman and Jude Law.

Natalie Portman-starring drama Vox Lux will bow as the opening night film at Austin Film Festival, which is celebrating its 25th anniversary this year. Writer-director Brady Corbet will be in attendance to present the film, as well as take part in a conversation as part of AFF's Writers Conference.

Vox Lux begins in 1999 when teenage sisters Celeste and Eleanor survive a seismic, violent tragedy. The sisters compose and perform a song about their experience, making something lovely and cathartic out of catastrophe — while also catapulting Celeste to stardom. By 2017, the now 31-year-old Celeste is mother to a teenage daughter of her own and struggling to navigate a career fraught with scandals when another act of terrifying violence demands her attention. The film stars Portman, Raffey Cassidy, Stacy Martin and Jude Law.

The film first debuted at the Venice Film Festival in September.