Rose Byrne will lend her voice to the ‘Mother’ robot in the sci-fi thriller, I AM MOTHER, starring Oscar winner Hilary Swank and up-and-comer Clara Rugaard. 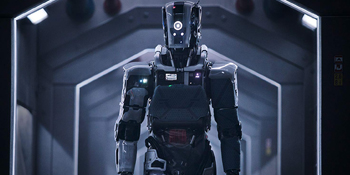 Byrne has appeared in various notable projects including the fifth and sixth installments of the X-Men films, Insidious, and the blockbuster hit Bridesmaids.

The story of the movie follows a lonely teenage girl, ‘Daughter’ (Rugaard), who is the first of a new generation of humans raised by ‘Mother’ (Byrne) – a kindly robot designed to repopulate the earth following the extinction of mankind. But their unique bond is threatened when a blood-drenched woman (Swank) inexplicably arrives, calling into question everything Daughter has been told about the outside world – and her Mother’s intentions.

The robot, which was created by the Academy Award winning team at WETA Workshop (Avatar, The Lord of The Rings), took over a year to design and 6 months to build, using a mix of techniques that ranged from traditional sculpture to 3D printing of titanium parts.